Working with our collections I was recently tasked with choosing objects to be highlighted in Boston Children’s Museum’s Macro Photography program. Macro Photography is an art form which can turn even the most mundane leaf or twig, which we might otherwise destroy without even noticing, into a treasure just by looking closer at it. With the hustle and bustle of spring in Boston, I cannot remember when I last stopped and looked at something simply to study it.  As I took the time to select objects for this program, I wondered which of them kids would be drawn to. I chose a brightly colored quail, whose feathers were filled with patterns and shapes. I chose crystals with many facets and ornate metal-work from Syria, thinking that kids would be excited by the artifacts’ intricacies. With the stage laid, objects picked, and camera ready I was still surprised by the depth and thoughtfulness of the first photographer. Unlike many of the adults, and even myself whose focus was broken by every noise and movement around me, the children who participated unleashed an unbridled attention not only to me but more so to the objects.  After explaining to these kids the concept of the Museum’s collection and giving them white gloves as a tool to facilitate the hands-on portion of this program, I was struck by the change I saw. Children who were minutes beforehand playing basketball or dancing in KidPower, were now handling fragile objects with the care of a curator. While most children eagerly listened to each object’s history, or made up their own, when it came time to pick one to photograph they often chose a simple sea shell.  At Boston Children’s Museum we put a high premium on kinesthetic learning, but what is so wonderful about this program is that in addition to being hands on, it allows everyone to stop for a moment to simply observe and investigate. 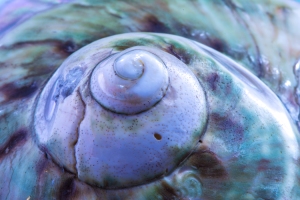 It has often been said that children are like sponges, absorbing everything around them. In this fast-paced and technology driven society it is nice to see that the art of observation has not been lost on the young, in fact they may be better at it than we are. Whether it’s a leaf or Renaissance painting, we are surrounded by wonder if we look closely enough. So this spring stop to smell the roses, and take the time to appreciate the little things with your kids. 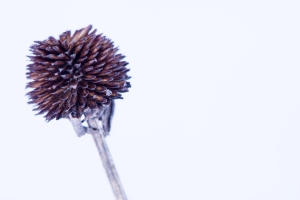 Macrophotography is an ongoing program at Boston Children’s Museum, and we’re excited to showcase some of the best photographs taken by kids during this program over the past two years in our newest Gallery exhibit, Small World. This exhibit is on display from June 13th through August 2nd, so make sure to stop by and see some more of the beautiful images captured by children.