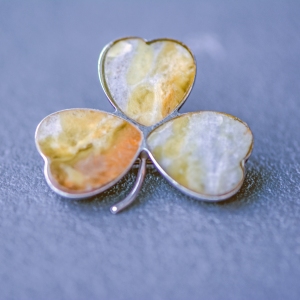 Many people associate contemporary St. Patrick’s Day celebrations as an Irish tradition. However the St. Patrick’s Day we know today is an American creation. In the 1800s, great numbers of Irish immigrants came to America to start a new life, but many American communities found it difficult to accept their overwhelming numbers. As a result, St. Patrick’s Day became an important day for Irish-Americans to gather together and celebrate their culture. In Ireland, St. Patrick’s Day continued to focus on religious aspects of the holiday. It is only recently that Ireland has followed with a three-day festival full of music, parades, and treasure hunts.

With St. Patrick’s Day just around the corner, I want to share ways that I celebrate, and provide some helpful tips on how to celebrate respectfully.

Tip #1: Think Carefully About Your Apparel

“Don’t get me wrong — I love this holiday. I love celebrating my Irish roots. I love Guinness and how it tastes like the perfect adult combo of coffee, milkshakes, and root beer. I love the music. I love shamrocks, and the color green looks good on everyone. I don’t, however, love the need to pretend like it’s totally cool to encourage catcalling, the guys who think it’s funny to say, “Kiss me, I’m Irish” [and make crude gestures], or the t-shirt companies that won’t let the least awesome part of this holiday die [the excessive drinking]. Let me be clear: you can buy whatever you want to buy, wear whatever you want to wear, and laugh whenever you think something is funny. All I’m saying is, can’t we do better than this? Doesn’t this historic cultural day deserve more? Can’t we come up with funny t-shirt sayings that are, I dunno, actually funny?”

Typically, I try to wear an Irish sweater or find a t-shirt that focuses on positive representations and images of Irish-American culture. Something that says “Irish Pride” or has a simple shamrock on it help send positive messages about Irish-American culture. I avoid the shirts that promote drinking or lewd behavior. I encourage you all to consider what little eyes and ears are learning from our celebratory activities and apparel.

This may sound corny, but every year I try to learn something new about Irish and/or Irish-American history. It helps me better understand my culture, where my family came from, and most importantly where we are going. This year marks the 100th anniversary of the Easter Rising of 1916.

On Monday, April 24, 1916, thousands of Irish people representing various pro-separation organizations took over strategic locations in Dublin in the name of a free Irish Republic. The British had occupied Ireland since medieval times and after several attempts to separate, these organizations decided that military action was necessary. The General Post Office of Dublin was converted into the Headquarters and it was here that one Rising Leader, P.H. Pearse, read the Proclamation of the Republic declaring independence from Britain:

“IRISHMEN AND IRISHWOMEN: In the name of God and the dead generations from which she receives her old tradition of nationhood, Ireland, through us, summons her children to her flag and strikes for her freedom…We declare the right of the people of Ireland to the ownership of Ireland, and to usurpation of that right by a foreign people and government has not extinguished the right, nor can it ever be extinguished except by the destruction of the Irish people.”

The results were, as you might imagine, chaotic and tragic. Several days of violence ensued. Much of Dublin was destroyed, and many people lost their lives or were arrested. Historic events such as these are complex, but often romanticized. If you’re interested in learning more, check out the official website for the Easter Rising of 1916 and centenary events. 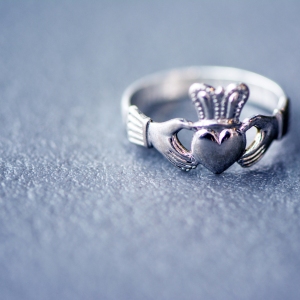 Believe it or not, there are tons of Irish-American communities. Though some communities and individuals celebrate solely on St. Patrick’s Day, others celebrate all year round. I’ve lived and worked in several. Recently, I was reminded of the day I received my first Claddagh ring – an important Irish symbol that has become incredibly popular due to Irish-American communities (and if I’m honest, thanks to Buffy the Vampire Slayer). The symbol is a crowned heart cradled by two hands symbolizing love, loyalty, and friendship”:

“Once upon a time, so the story goes a young Irish sailor was captured and sold into slavery. Far from his native land, he held the memory of his sweetheart deep in his heart. He never forgot her. Years later, on his safe return to Galway his gift to her was a Claddagh Ring. Forged with the skills he learnt during his imprisonment, it was a token of his enduring love. “With these hands I give you my heart and I crown it with my love”. The Claddagh holds the memory of true love that can last forever.”

It’s a tradition for Irish and Irish-Americans to own Claddagh rings. Though the acquisition of my first Claddagh wasn’t ceremonial or formal in any way, it is an experience I’ll remember and treasure always. This St. Patrick’s Day, think about creating your own memories by celebrating and supporting your local Irish-American communities. Check your area for cultural centers, festivals, classes, music/dance recitals, retail shops, restaurants, museums, and the like for special events.

At Boston Children’s Museum, we encourage our visitors, children and adults, to have cultural discoveries that are positive, joyful, and value diversity. This year, we will be celebrating St. Patrick’s Day with our friends from the Keane O’Brien Academy with Irish Step Dancing and other fun activities including shamrock making, Celtic art, and Irish (Gaelic) greetings. Click here for more information, and Happy St. Patrick’s Day!

Meghan Evans is the Exhibits & Programs Project Associate at Boston Children’s Museum. Meghan has worked for several museums including the Fenimore Art Museum, The Farmers' Museum, Iroquois Indian Museum, and Minnesota Historical Society. She holds an M.A. in History Museum Studies from the Cooperstown Graduate Program. Her thesis focused on changing representations of Indigenous peoples in children's television from the 1950's through the 1970's. View all posts by Meghan Evans